History of the Afternoon Tea

The Bedford Hotel in Tavistock - birthplace of the the Devon Cream Tea, and serving the best afternoon teas every day, keeping the great English traditional alive and well.

Our guest contributor Dr Geri Parlby gives us a fascinating insight into the history of the afternoon tea, and its place in the heritage of The Bedford Hotel.  Dr Parlby is an art historian and honorary research fellow at the University of Roehampton.  She is also chairman of the Tavistock Heritage Festival.

We have the Duchess of Bedford, Anna Maria Russell, to thank for first introducing the delightful ritual of Afternoon Tea.

The Duchess had grown up with a love of tea drinking.  Her parents the Earl and Countess of Harrington were noted for being tea devotees.  One of their contemporaries wrote that “neither in Nankin, Pekin, nor Canton was the teapot more assiduously and constantly replenished” than in their home.

So copious tea drinking was a family habit that Anna Maria brought with her when in 1808 she married Francis Russell who would become the 7th Duke of Bedford.  The Duchess was also a great friend of Queen Victoria and loved to socialise, gossip and dine well.   Fine dining was very much part of the social etiquette of the day, but the timing of meals had been gradually changing  and by the mid 19th century the normal time for dinner had slipped to as late as 7:00 or even  8:30 p.m.

An extra meal called luncheon had been created to fill the midday gap between breakfast and dinner, but it was a fairly light meal and the long afternoon with no refreshment at all left people feeling hungry.

On one social visit to the 5th Duke of Rutland at Belvoir Castle, the Duchess found herself nearly fainting from hunger in the mid afternoon.  It was at this point that she hit on a delicious solution to her hunger pangs – a pot of her favourite tea accompanied by an array of cakes and sandwiches.

This novel invention soon became a huge hit with her aristocratic friends and in particular Queen Victoria herself. The Duchess and her coterie helped evolve afternoon tea into the social event of the day, as well as a very efficient tool for networking, social wrangling and political involvement.

After the British established tea plantations across India in the latter half of the 19th century, the price of tea fell dramatically.   This meant that not only Duchesses could enjoy the delights of a pot of tea.  The habit of tea drinking spread across every level of society and with it the delights of Afternoon Tea complete with cake, sandwiches and the delicious addition of scones, jam and cream.

Afternoon Tea is still just as popular today and something we can all experience right here at the Bedford Hotel, built by the very family that first invented it.

Traditional Devon Cream Teas are served at The Bedford Hotel, all day every day, with full Afternoon Tea served from 2:30pm until 5:30pm.  Call The Bedford Hotel on 01822-613221 to book your table.

> Find out more about Afternoon Tea at The Bedford Hotel 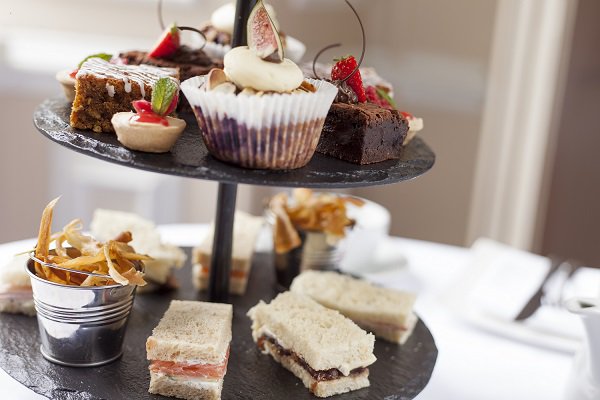 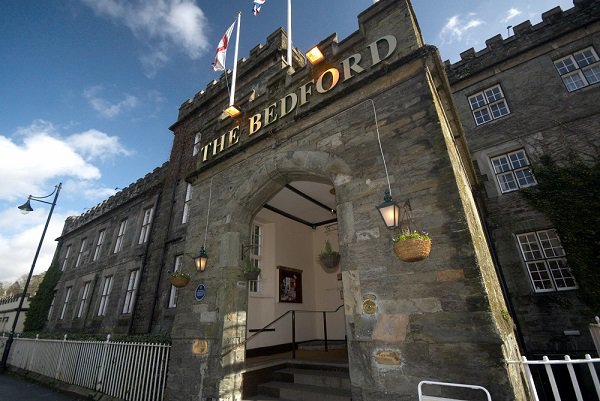