Forward from A Devon Gem – The Bedford Hotel, Tavistock, by Alex Mettler

The Bedford Hotel, Tavistock, commands a central position on, and is part of, a Scheduled Ancient Monument site which houses the remnants of Tavistock Abbey.  This inn, first noted in 1719, has occupied two sites in its 300 year history, the first adjoining to the Higher Abbey Gate and, from 1822, in its current position in the Plymouth Road facing the Parish Church.  Its fabric encompasses parts of the old abbey buildings, addition of later building work and various structural modifications with time.  The 1822 hotel was the work of Jeffry Wyatsville with addition, in 1830, of a ballroom after the renowned Plymouth architect John Foulston.  Its body is tangible but its heart and soul hide stories of human contribution and family connections which have helped build the hostelry of today.  Raise your glass to a fine English inn.

Alex Mettler is a son of Middlesex, spending his early years in the Harrow district in Middlesex and High Wycombe in Buckinghamshire before moving to Tavistock in 1976.  A qualified chemist, he worked for 30 years for an internationally known baby food company, latterly as Technical Director, followed by 10 years as a freelance consultant.  He has published a number of papers in the scientific press.  Having retired in 1997 his leisure time includes gardening and local history, with especial fondness for the history of pubs and breweries, a hobby which demands much sampling of the amber fluid.  Author of a number of articles on local history, Alex is also co-author of two books that chronicle the lives and deaths of those who gave their lives in two World Wars and have their names recorded on the Tavistock War Memorial.  Alex was founder member and past Chairman of the Tavistock and District Local History Society. 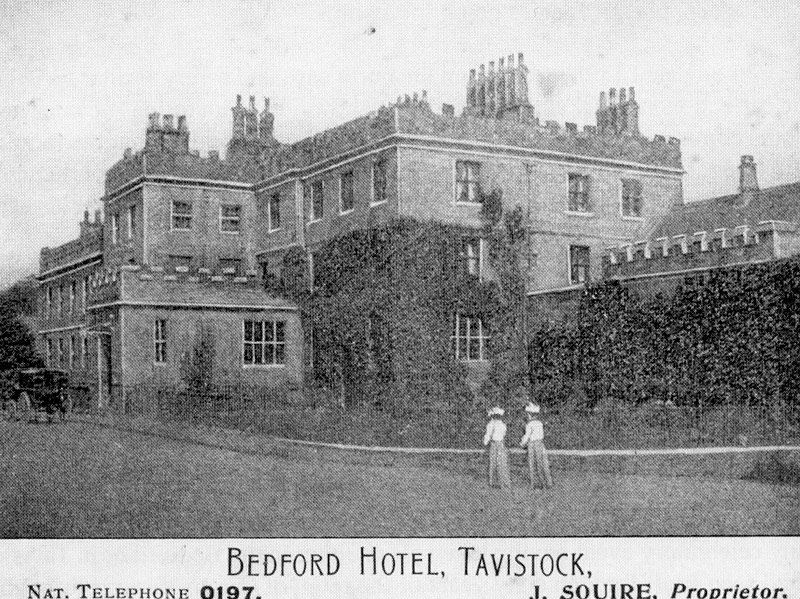 An advertising card for The Bedford Hotel, postmarked 7th August 1905 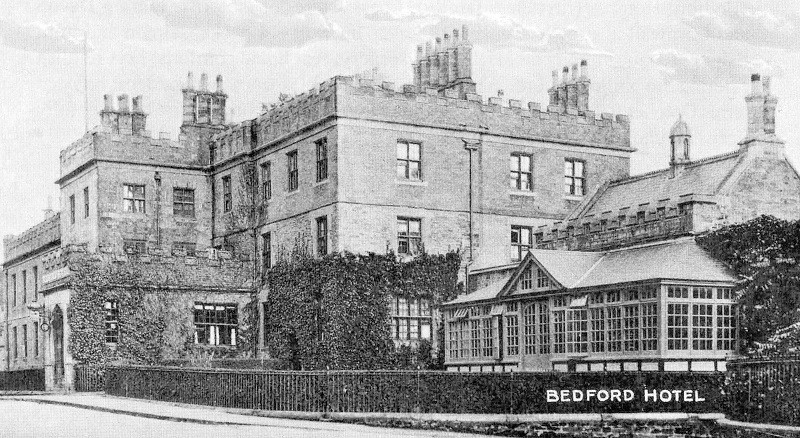 The Bedford Hotel from the north-west showing the new billiard room (now the Portrait Room), circa 1920 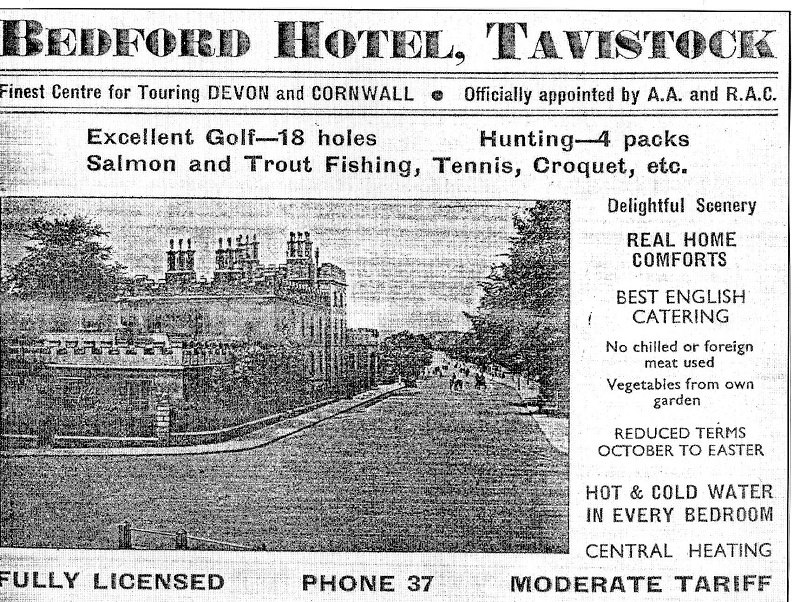 Kelly’s Directory advertisement for The Bedford Hotel, 1939.  “Hot and cold water in every bedroom”, and no “foreign meat”! 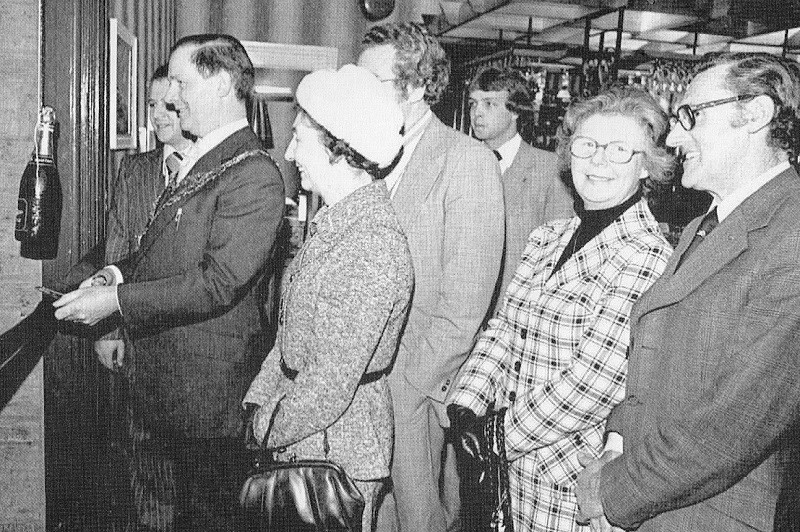 The Mayor of West Devon officially opens the new Bedford Bar at The Bedford Hotel, 1977 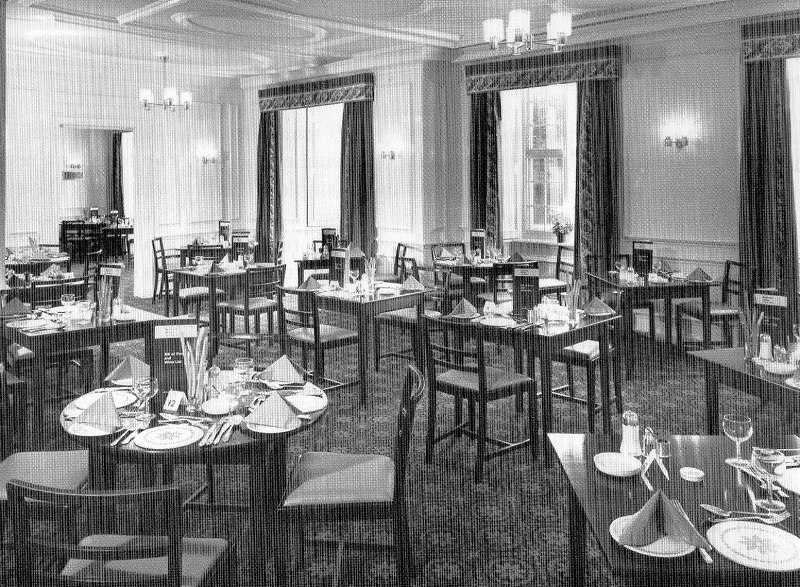 The Woburn Restaurant at The Bedford Hotel pre-1983, showing the fixed wall at the west end (left) which was later replaced with a folding door 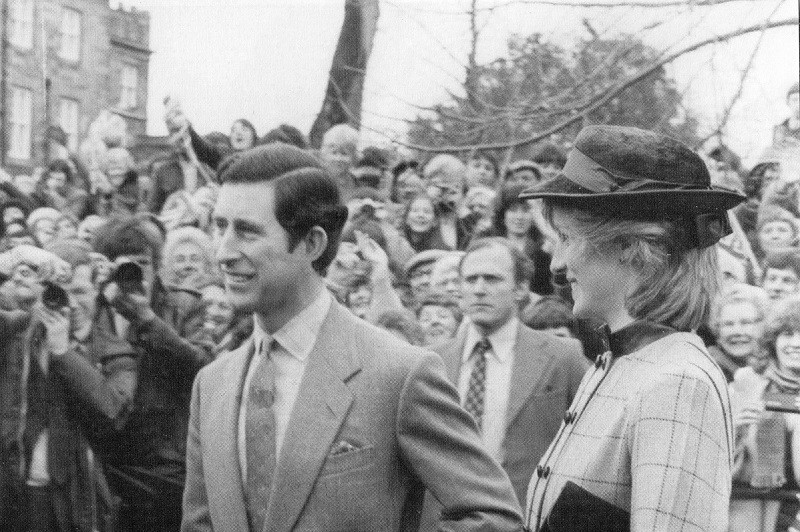 Visit of Prince Charles and Princess Diana to Tavistock in 1983.  The Bedford Hotel is near to hand (top left) for that “oh so welcome” comfort stop 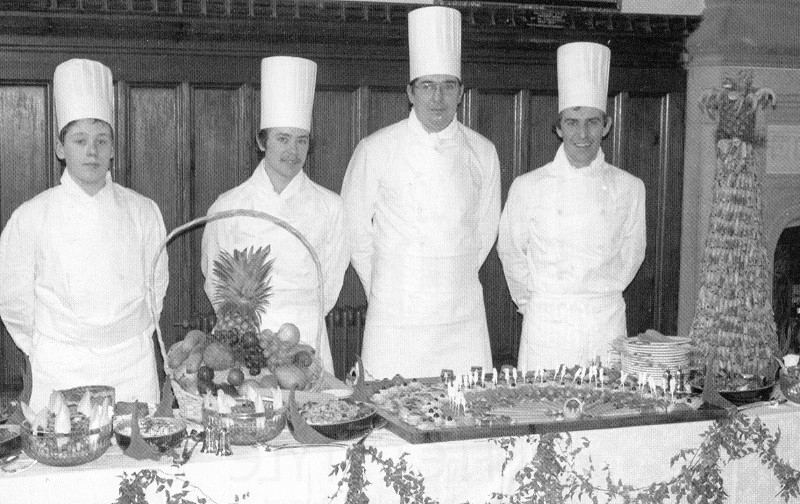 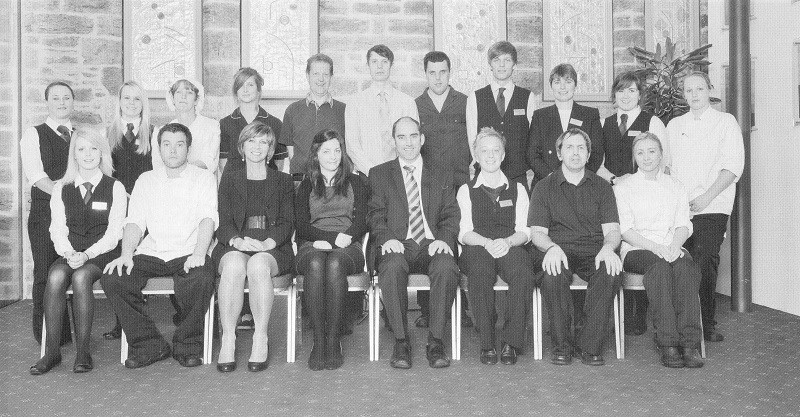 The staff and management at The Bedford Hotel, 2012